The Org-Still A Long Way To Go 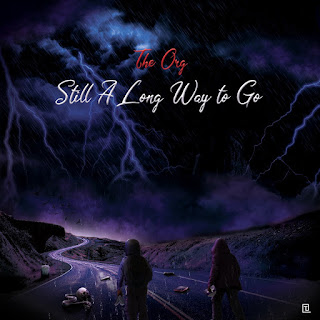 There is very little in Life that can shift my mood from "Meh" to feeling as though I've downed 3 double shot Americanos while bouncing on a trampoline, but hey, that's what happened at the start of the year when an email popped up from Rap/Hip-hop outfit "The Org" to say they were about to drop their debut album "Still A Long Way To Go" . It took all of a nano second  to reply "Send it over"
As they say in their bio "The Org are an inspirational group whose members Shawn "B Down" Chapman and Clinton "360" Smith will help save souls through music" 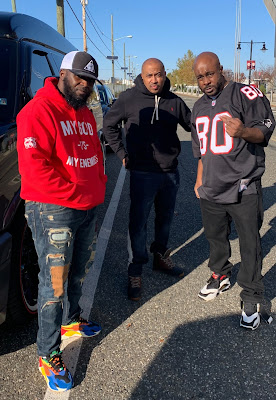 Having reviewed  their Single back in 2017 a new offering felt long overdue and I couldn't wait to wrap my ears around it. I've always rated these guys highly and if like me you're into that quality old school vibe? I'm happy to report this 15 track feast delivers. First up is spoken word "Hannah's intro" and it couldn't be any more apt right now to how we're all feeling I'm sure?
"In times where chaos and mayhem are at an all time high, with so much division, so much hatred, so much strife, many are finding various ways of coping" As experienced artists who've been around awhile I was curious as to the album title? Shawn explained: "It's significant in many ways, although we've made some steps in terms of music, faith and awareness, we still have a long way to go to get to where we want to be.
Although humble we can't be stagnant, the album is a great personal achievement because it tells different stories with everyone in mind and we hope there's something for everyone to grab hold of and relate to? The  reason it's taken so long for the debut is because we wanted to make sure we got everything right, you only get one chance to make a first impression, also in the middle of recording one of our bandmates left, but although Covid has been tough for everyone it's allowed us the necessary time for our craft and family"
As first impressions go, my Tympanic membrane is still happily vibrating, it's fair to say The Org have arrived. The first single to drop  "We do it for him" is testament to the  quality that the guys & their message bring, it features Christian rappers Gemstones who thankfully survived  a brush with death in 2020 when his vehicle was rammed and he was shot by unknown assailants, and Mouthpiece both exceptional artists in their own right and defo worth checkin out:
As for  producers it's an impressive Holy Macaroni! with names such as  Rashad Coes  ( Ice Cube, Death Certuficate LP +) , The 45 King   ( Jay-z, Hard Knock Life, Eminem, Stan +) Grandaddy IU ( KRS-ONE &  Ice-T+)  But  I was equally feeling the skills  of  VQ, Sooquan, Sean Turner & Blacklight.
There is no duff track, skip track, whatever you want to call it ?  This is hip hop at its finest, every track a relevant story and I couldn't get enough,   The Orgs flow is relaxed while still being edgy enough to deliver their message,   On  "Tears" which features Brother Hahz and Neena  I was surfing on the waves of its smoothness & lush vocals that could easily be mistaken for the Queen that is  Lauryn hill, in fact the whole album sails effortlessly from start to finish and it's over way too soon, but easily remedied by hitting the play button again. You can show The Org your support by pre-ordering "Still Along Way To Go"  & also follow them on Twitter  Instagram  Facebook YouTube
If you enjoy good music then don't forget to share
Til Next Time, Stay Blessed
Back Before Elvis