Showing posts from April, 2017
Show All

I don't necessarily write music reviews every day, week or month, it's only if I stumble across something worthy or my inbox pops with a track that smacks of special......New Single, Carry My Heart by Indie/folk/pop Singer/Songwriter Toni Sidgwick    is one of those tracks. Fancy a  teaser?...oh okay then...... The swimming guitar intro immediately paints a picture of intimacy in a large space, like a candle in a cathedral.  This was swiftly followed by a vocal  that had my brain juggling between Ane Bruns Live In Scandanavia Album and Tracy Chapman, neither an effort to listen to. They are the type of artists whose albums you want to play all the way through.....and then play again, and Toni sits comfortably but freshly alongside. Originally from the Shetland Islands and now residing in County Durham  she's been honing her craft and supporting solid acts such as Newton Faulkner , Chris Helme , Mark Morriss & Maz O'Connor , not bad for someone that  only sta
Read more 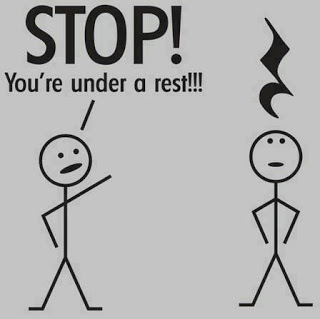 As someone who's keen to   discover/support new bands/artists with a view to reviewing, I have to say I'm often driven nuts by the way so many showcase  themselves badly to the point that I decided to write this little piece in the hope that some of you might take note, making my job a whole lot easier and also  helping you ?   We're all busy people and live in a society where you can pretty much get anything in an instant, so with that in mind, why should anyone run around after you trying to find where you've hidden your music?                  The first faux pas is making someone  jump through hoops to hear even a snippet of your music when they've never heard of you or your band before. I'll give you an example of what I'm constantly coming across.  I'll get a Twitter add from a band/artist and I'll click on their link and head on over to their page to hear what they sound like?......Er..where's the music? There's nothing
Read more

It's hard to describe the genre of Sheffield Duo    Post Collide  Aka: Just Seppy & Bethany Holland . Their sound has a mix of flavours, Rnb, Soul, Chillout, Hiphop etc. They've been extremely busy with not one but two scorching new singles "Cool Down"    Available now on   Itunes  ,   Google Play  .  Plus another "Hard Way" available  Itunes  , Google Play   which has just made BBC 1Xtra Track of the week.  There's  certainly no stopping this duo. A  BBC 1Xtra  regular, they've also supported  Damage  o n tour and are set to support   Leah Mcfall  on her Manchester and Brighton dates this year. Impressively m anaging the bands interests themselves while juggling work and Uni this pair are proving that hard work really does pay off   Post Collide  are hip, hot and happening with an exciting future ahead of them for sure.     Their track M.T.A.D (Make That A Double) from 2015 continues to be a fave on the club scene:  And while there
Read more
More posts