- July 16, 2018
Word Up!  it's only taken them 9 yrs, but holy moly some things are worth waiting for.  While Tom Craven has recorded & put out music as a solo artist over the past decade, The E.P  "Take Courage" out on 30th July is the first offering from Tom Craven & The Chapter under the band banner, but I believe it's been to their advantage because the growth, the maturity, lyrically, vocally & musically has been well & truly nailed, Chapter and verse some might say? With a perfect blend of Folk Rock, acoustic, "Take Courage" is like listening to the soundtrack of a West End Rock/Tragedy yet to be written. Kicking off the E.P & also debut Single "Parisian (Trial by Fire)" dramatic yet melodic, the leading man takes to the mic.
"The kiss of  life, the kiss of death, they'll save this kiss for you, A pinch of salt, the word regret & it echoes through & through"

Tom is, without doubt a storyteller, the teller of tales, Shakespeares Romeo, Guerilla, defender of Love, taking us all on a journey.

While each track sets a different scene, the transition is effortless as though it has a golden thread of musical mastery running through its core. 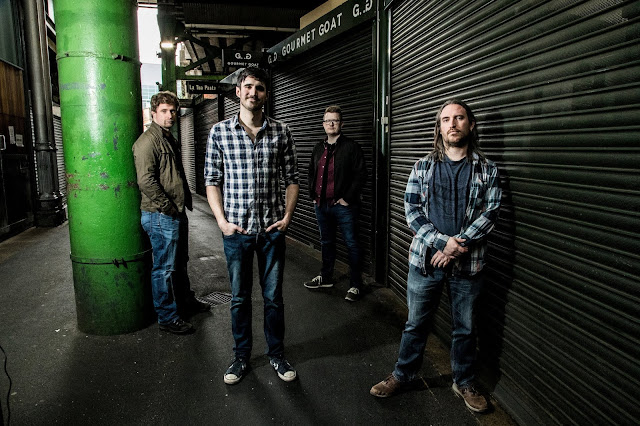 There's often a duff track....or two, on an E.P or album but it's not the case with "Take Courage" and every track is worthy of a mention.  With "Scene From An Ending"  the acoustic intro really allows us to hear  Tom at his vocal best, & even when the drums &  guitar ramp up he maintains a vocal vulnerability, my favourite track for sure.  A few seconds into  Lock Stock  ( & two smoking Angels ) and from a music perspective I'm thinking of one of the UK's most successful 80's bands, Simple Minds.

It may well be a debut E.P from this outfit but The Chapter are far from  Virgin musicians, tight, accomplished and ready to go thanks to : Miles X Dawson on lead guitar, Joshua Saunders-Bass & backing vocals & James Harrison on Drums. Mathew Parisi added his lead guitar solos to Anthem & also engineered the E.P.  As well as lead vocals Tom also plays acoustic guitar. 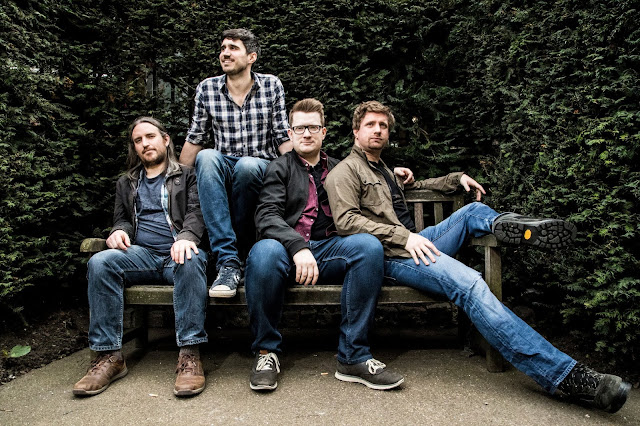 And like a smile that hides a heartache "Under postcard skies" has a rhythmic summer  vibe  while lyrics of reflection take a stroll underneath " I've made my mistakes, fallen for the wrong girl but I grow older, I grow wiser"

Lastly  "Anthem" with sing-along chorus "Wherever I end up I will sing my way there, wherever I belong will give me my song. Wherever this life will lead me will make up this tune to my Anthem" 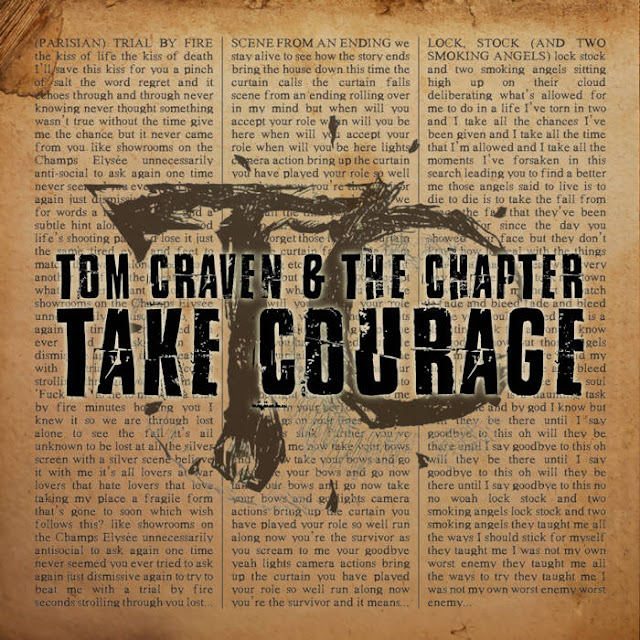 Tom certainly has grown older and wiser and with The Chapter finally found his musical home, let's just hope it won't be another 9yrs before the next offering.  "Take Courage" Is available to Pre Order over at Bandcamp  you can also check out the website where you'll also find all social media links to follow and show your support.

If you like listening to good Music then please share and show them your support.
Til next time, Stay Blessed
Back Before Elvis