- January 23, 2018
Scrolling through Twitter when up popped an interesting black & white photo that caught my eye with the text Spiritual Records Live No 2. 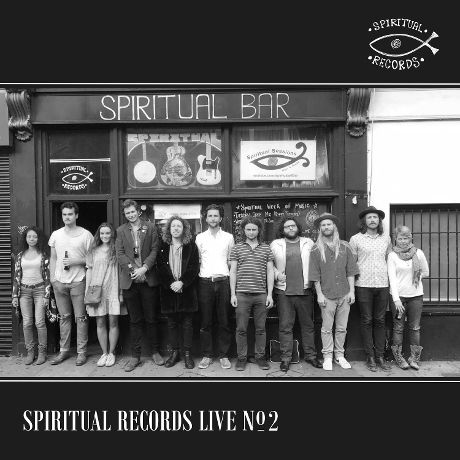 I contacted the guys to find out what they were about and what they were up to?  Turns out Spiritual Records based in Camden London was set up in 2015 so that they could release some of the artists that regularly perform live at their Spiritual Bar.

Hundreds of artists and bands have passed through these doors from general singer/songwriters to blues and folk. The credible  2017 X-factor finalist & Frenchman Kevin Davey White is also a regular and appeared on Spirituals first album. 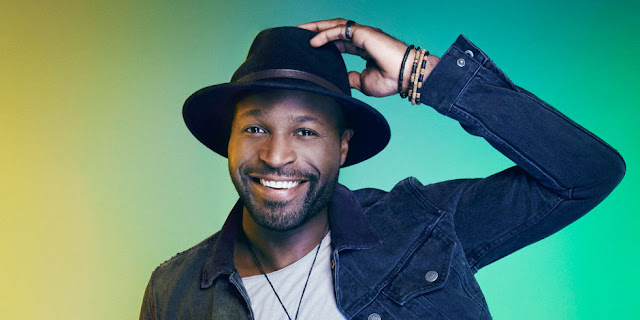 After a couple of individual artist releases, this month saw the release of Spirituals Second 10 track compilation album, it was time for the audio fest test?  As the vocals began   "To Hell With Love" by Tommy Hare  I was hit right there...you know?  There! where a really good track hits you?  For those old enough, think 40 Malborough?  think Joe Cocker? with just guitar and vocals it makes such an impact and a great way to start things off. Next up was Amy and the Calamities "Now that I know this"  Amy has one of those gorgeous vibratoes and lilts to her voice and once again the guitar playing is superb. 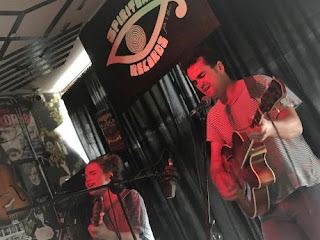 What! no dud yet?  Let's face it there's usually a couple on a compilation right?  Well, it wasn't going to be track four, with hints of a lone Arctic Monkey William Poyer sings "Weight In Gold" like a true storyteller.

I wouldn't normally review all 10 tracks, but in this case, it would be a sin not to, so buckle up as I talk you through the rest of this talented bunch. 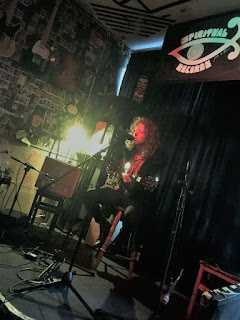 Burnz was up next, a band and sometime's a solo act I was fortunate enough to see  play at the Flag in Watford as part of a Papermouth event a couple of years ago, and this track "Weather" is a reminder of his vocal ability & the reason he stood out that evening & why I've been a fan ever since. 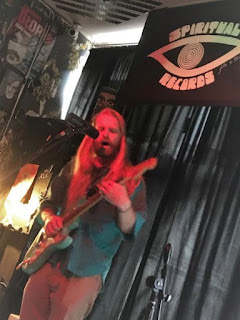 Track 6 "Artifact"  Sam Ryder And it's hard to believe this is a live album, another breathtaking performance & a track Ed Sheeran could've written. 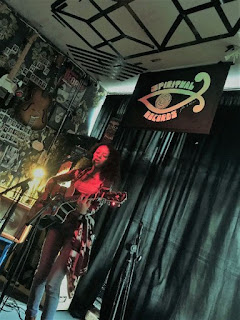 We're back to vibratoes and lilts with "Come My Way" by Simeon a short track at only 2.27 but she packs a vocal punch with a track you won't be forgetting in a hurry.


The emotion of the album changes  as Josh Heppinstall steps up to the mic and announces his track "Lizzie" is for a friend that he thought had died in the Paris attacks. Everything falls silent in my house and I imagine it was the same in the Spiritual bar on the night of the recording so that we can all take in the lyrics?

"Feel My Soul" sings Danny Toeman on track number 9, no worries there, I'm feeling it, so much so that I check out his website, there's no doubting this is a true soul man in every sense of the word, he looked nothing like I'd expected but had me smiling from ear to ear with his old school look and sound.

Last up is "Smoke" by Nick Edward Harris   which includes the cries of a harmonica, and as I'm sat tapping my foot and nodding my head at another solid, sound performance, I can't help feeling disappointed that we're at the end already.

If you're in to the acoustic singer/songwriter vibe you'll be having this on replay, it's an exciting gem of an album extremely well produced, and now that I've been musically spiritualised I'm off to listen to their Spiritual  Records Live No.1 album which i'm sure you'll be doing to.  You can also show your support by following the individual artists listed above, all live linked for ease, and to check out Spiritual Records & their Spiritual Bar forthcoming gigs head to  their Website  Facebook   Twitter  & to listen to their back catalogue: Spotify & to purchase Apple music

Til Next Time, Stay Blessed
Back Before Elvis