With a backlog of artists and bands to check out for review, I halted the Eargasm Column for a short while as I felt I couldn't continue until I'd paid tribute to a very dear friend and  talented local music artist Peter Ransome from St albans who sadly passed away unexpectedly at Watford General after a routine Op back in May, and to be honest it's still hard to believe his gone.

I was first introduced to Peter in a business capacity at a venue in Hatfield way back as an 18ish yr old teenager, he was sat at a table, glass of  Courvoisier in one hand, cigarette in the other, and with his temporary big bushy beard & tanned weathered skin, lines branching out like roads of  journeys traveled he reminded me of a Jewish vagabond, something that still caused raucous laughter many years later. 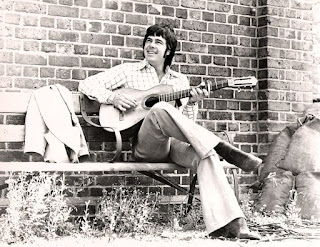 He was neither of course , but like me there was always that idealistic dream of  just heading off  "Somewhere" with nothing but a guitar strapped to the back. Despite being at different stages of the age spectrum we shared a passion for music & quickly struck up a friendship that was to last decades. Its not everyday you stumble across another kindred spirit & we also discovered we'd chosen the same departure song "Music" by John Miles, of which I was reminded at his funeral as the  opening bars played. 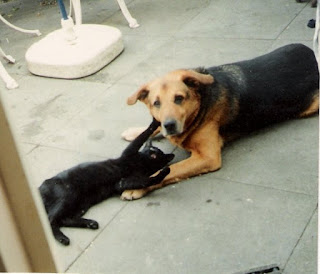 At the time of meeting, Peter had a Recording studio and production company "Manana Music" that was run from Warren house, a farmhouse on Lord Brocketts Estate ., Ever the generous host he had an open door policy. Friends would come eat, drink, write, play music, leave, stay, it was homely, made even more so by his lovable farting  hairy companion Mr Brown.


Never one to boast, i'm sure he'd done a zillion things I never even got to hear of, but what I do know is, he was an extremely talented man who wrote the most  beautiful songs & had worked with the likes of Mike Berry & Maurice Gibb to name a few. Although he had his 15 minutes back in the day with Bob Saker as Ransome Head  & with his brilliant self titled album on York Records in 72   I believe he never  received the recognition  that he truly deserved. Maybe  it was because he was rubbish at self promotion? He had no trouble in  helping to promote his friends talents but always seemed unsure of  his own. 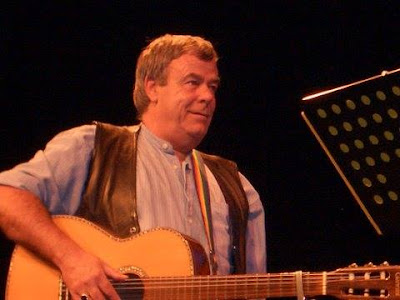 And like many of us creatives, he also had a dark often self destructive side that only a few witnessed, but never one to be self piteous, to most he would mask it with humour.  It was only made worse when due to Lord Brockets incarceration and the upkeep of the land, much of it was sold off and so the lease on the farrn-house wasn't renewed & sadly all those  Peter had  helped over the years were nowhere to be seen and he found himself living in a pokey room hardly big enough to swing a cat,  I offered him to come stay at ours until he got on his feet but another loyal friend had also offered and so he went to stay with them.  But he felt thoroughly let down and it hurt him badly and I don't think he ever fully recovered from that or got back into music in the same way.

However In 2013 Peter released a CD " I Came Back" remixes and updated versions of many of his wonderful songs throughout the years and with a donation from each sale going to "Help For Heroes" .

As well as his musical achievements I've no doubt Peter will be remembered for his sense of humour , there are many stories, not all printable. I remember one particular day we'd taken a break from recording and decided to pop over to France for lunch...as you do.
Sitting opposite each other  chatting on the Ferry, an older gentleman sitting next to Peter turned to him, and  assuming we were a couple said " You lucky man, where did you find her?" I was just about to correct his assumptions, when without hesitation and with straight face Peter replied " Exchange and Mart, I found her in Exchange and Mart,  I traded two Camels for her but to be perfectly honest I think I've been short changed"

The look of horror on the poor mans face, he slowly shuffled to the end of the seat, got up and left, it was only then Peter burst into laughter as did I.

Not one to catch up with modern technology  he never got around to making his music available for digital download, and my one wish is for that to happen as a lasting memory so that it can continue to be discovered, it's deserving of it. 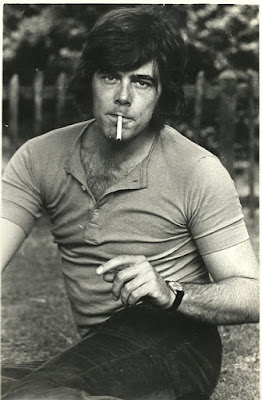 He introduced me to good brandy & Jim Croce & I introduced him to the sounds of Tracy Chapman, good Rap/Hiphop & silly names, I'd nicknamed him OG as in  Ol' Git, and he is certainly one Ol' Git I'm going to miss. Without a doubt, Music was indeed his first and last love, and I hope you enjoy some of his songs uploaded here?

Til Next Time, Stay Blessed
Back Before Elvis X