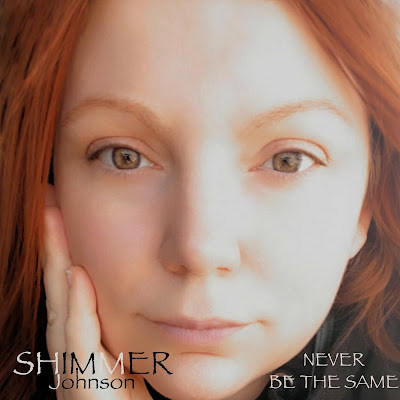 When it comes to writing Music reviews I often think it's fated how I'm led to artists/bands, as again in this case, I'd clicked on a post from Midlifemix to congratulate her  on winning best Dance E.P in the Clouzine International  music awards Fall 2020, Clouzine and I ended up following each other, I checked out their page and spotted Best Pop Song award winner,  Shimmer Johnson, a stand out name if ever I've heard one, turns out her music is just as scintillating, and she's about to release her new single on 26th Oct called "Never The Same" which you can hear a snippet of right here:
Shimmer Johnson · Never Be The Same 52 Second Clip Promo 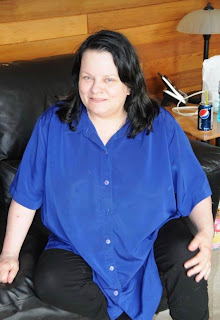 It's a poignant track about love and loss, Canadian born Shimmer lost her mother Deborah Rose several years ago and says: "Things haven't been the same ever since she left us all. Anyone who has experienced loss will hopefully be able to experience the song and connect to it in their own way to their own life & loss? I wrote it that way specifically so that everybody could get the same type of feeling from it. When I'm upset I don't like people hugging me or fussing and asking if i'm okay, Obviously i'm not okay or fine, so I wrote a song based on that ".  It's certainly a beautiful track and not only does she write in multi-genres she also has a vocal that smacks of quality recording artist,  it's a tone that's at  home with  intimate tracks such as her forthcoming single but would sit just as comfortably with a heavier Evanescence kickass sound. 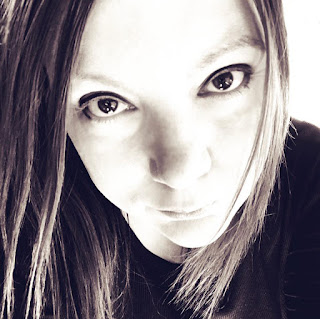 She wrote the track with Corey Johnson, Barry Benedetta and  Keith Runco and  has a solid list of writers she's worked with from Judi Friedman (Run To You-Whitney Houston) to Kevin Fisher ( Rascal Flatt's original album) to name just a few, if that wasn't impressive enough to give you a jaw drop, her track "Thunder" was played on the MTV made reality show -My Super Sweet 16, she also had another 15 second claim to fame moment when a Collaborative track with Smidi Productions "Unreal" debuted on a sketch featuring Dan Aykroyd. She also made it into Music Weeks top 10 commercial club pop chart
I'm a sucker for a decent vocal, the kind you could listen to on repeat and Shimmer delivers on all fronts, The one thing that stands out on all of her material is emotion, she could sing about a kebab and still bring a lump to your throat. One of my particular faves is the explicit version of "One Track Mind" Which is the track I'll leave you with,  you can show your support by following  her  on all her social media platforms  HERE  and don't forget to check out the new single  "Never Be The Same"  Monday 26th Oct . One thing's for sure,  Shimmer was destined to shine , something her mum would be proud of.
Shimmer Johnson · One Track Mind "Featuring Shimmer Johnson"
Til Next Time,  Stay Blessed
Back Before Elvis